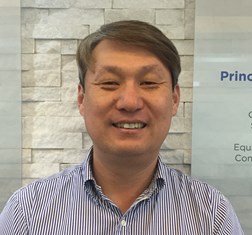 Semi Choi is the CEO of ESD Engineering & Service. He studied at Baruch College, City University of New York (CUNY).

Share on:
ESD aims to tap into the Dominican Republic's young population and utilize the fourth industrial revolution to advance the country's economy and add value to the market.

What opportunities does the unreliability of the Dominican Republic’s power sector present for ESD?

The Dominican Republic’s energy sector has been struggling with a financial crisis since it started privatization in 1998 to get foreign investors to participate in infrastructure on both the distribution and generation sides. However, at the time, most generators depended on fuel oil prices, and as issues in the Middle East became more severe, fuel prices increased. As a result, there were several financial crises. The government and private sector continued to work together and obtained a fuel mix for the generation side that could bring down the price of electricity generation. The government had the opportunity to focus on the distribution side, and since 2008, it started to invest in a distribution rehabilitation project financed by the World Bank. Since 2008, the Dominican government has invested more than USD500 million, and losses have fallen from 50% to 28%. In a few years’ time, all distribution companies will be financially sustainable. This will allow the government to cut back on its subsidies to the industry so it can invest this money in other areas. I am confident that in the coming years, the Dominican Republic will overcome the electrical pricing issues that have prevailed over the last decade. On the front of renewables, the Dominican Republic has successfully implemented policies to attract investors and due to the competitiveness of its market, an increasing number of renewable power projects are being developed. At present, more than 500MW of renewable energy is installed, which is a remarkable number for Central America and the Caribbean. Small-scale renewable generation can be extremely important, and rooftop systems can have a significant impact.

What are your most interesting projects in the pipeline?

We are confident generation costs will remain low, and distribution will continue to become more efficient. We want to focus on opportunities in electric vehicles and bring in the infrastructure necessary for charging stations and platforms. Outside of the Dominican Republic, we are focusing heavily on Guyana. We recently delivered 11 5.5-MW generators to the country. We are in discussions about expanding that capacity to 11MW. Guyana is our main target, because it will be an oil producer within one year.

Where do you see the biggest challenges in the local market, and what needs to be done to address these issues?

The generation side is fairly saturated; there are enough power generators to satisfy demand. Additionally, the government plans to expand and extend generation from gas-fired power plants in the coming years. On the generation side, there will be a great deal of competition in terms of pricing. Distribution still lies in the hands of the government, so it can do more in terms of creating efficiencies. This includes developing better services aimed at supplying customers with electricity. This could be resolved as the Dominican government invests more in the rehabilitation of the line. Most rural areas have poorly constructed distribution lines, and with more investment, the lines could be rebuilt to allow for better customer service. This can improve standards of living and boost local economies.

What is your long-term vision for ESD?

ESD wants to bring value to the market. The Dominican Republic is the fastest-growing country in the region, politically stable, and considerate of outside investment, and we are focusing on the local market. The country is also young; 42% of the population is under 25. As the country invests more on education, we want to bring the fourth industrial revolution and develop the country into a more advanced economy. Additionally, we want to transform the image of the Dominican Republic to that of a more environmentally friendly country. This will benefit the nation as a destination for European and American tourists. People all over the world are concerned about sustainability, and if the country can become a leader in electrical sustainability, it will attract more people and investment.