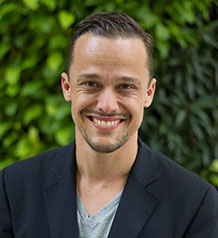 Mark Britt is an experienced leader in technology, content, and marketing-led businesses. Prior to founding iflix, he served as CEO of Nine Entertainment Company’s digital arm Mi9, where he was responsible for the company’s SVOD investments and portfolio of start-up ventures. Before that he served as the general manager of Microsoft’s Consumer and Online business for Asia-Pacific. During his tenure with the company he was instrumental in expanding Microsoft’s consumer and internet businesses into Southeast Asia and India, China, Japan, and Korea. He holds a diploma in Law from LPAB.

Share on:
“Piracy is not a moral question in most emerging markets; it is rather a matter of convenience and availability.“

Why does iflix focus specifically on emerging markets?

We are passionate about emerging markets. We believe the opportunities here are enormous. More than 3 billion people will enter the middle class over the next 15 years, and they will collectively purchase 1 billion new smartphones. This increasingly affluent group will be connected, and have access to information and cultural influences on a global scale. They will want to be entertained at a world class standard. At the moment, for many of these people, their only option is piracy. We founded iflix with the aim of offering consumers an alternative that is better than piracy. We envision bringing together the world’s best content, with thousands of first run exclusive titles, current hit and iconic award winning TV series, blockbuster movies, popular local and regional content, children’s programs, and more, to create a world-class service where users can both stream and download programs, all for an unbelievably low monthly price. When it came to pricing, instead of asking how much people would pay for this service, we chose instead to calculate what was the lowest we could feasibly charge and still build a viable business. Coming to emerging markets with this proposition and mentality, we realized we can offer an extraordinary product at extraordinary value.

What made you decide to start your operations from Malaysia, and how is the startup ecosystem?

Malaysia is an extraordinary country to do business in. We participate in a program called Multimedia Super Corridor (MSC) that provides great incentives and support for international startup firms like us, including facilitating the recruitment of foreign talent through visa access, and connecting us with the larger ecosystem fostered by organizations like MDEC, from which we receive key assistance on education and promotion. Kuala Lumpur is a culturally open, global commercial, and financial hub, with high educational standards and many international schools. This makes the city attractive for expatriate assignments. Furthermore, the relative cost of doing business is low while the ease of doing business is high. The pool of global talent available is also significant. Approximately 30,000 Malaysian graduates with an overseas tertiary degree, international experience and business perspective repatriate each year with the aim of continuing their careers back home. A considerable percentage of our team fits this exact profile. As we continue our rapid growth, expanding into new markets, it is a great advantage to have this depth of talent, who are educated abroad with international backgrounds and networking experience.

In addition to Malaysia, you are making progress on the regional expansion, could you brief us on the developments here?

Our first bet was to attempt to build the entire product with world-class technology out of Malaysia, and we succeeded. Our experiences and learnings here have given us an extraordinary understanding of consumer demands in emerging markets broadly, and the challenges which need to be overcome to fulfil those. In Asia, we are now live in Malaysia, Thailand, the Philippines, Indonesia, Brunei, Sri Lanka, and the Maldives. Around the world, there is a band of countries that have a number of things in common: paid television penetration is low and internet connectivity is leapfrogging ahead—in some instances going from no connection at all, straight to 4G. Myanmar for example, has gone from 3 million mobile users in 2014 to 45 million this year, and almost all are using 3G or 4G. Unlike markets such as India, there is no incumbent base of old technology that needs to be upgraded here—everyone can and does immediately move to the latest technology available. Our footprint is a global set of markets which all meet these criteria, including Iran, Egypt, Morocco, Nigeria, Kenya, and Ghana. These countries are culturally diverse, but they all share similar levels of infrastructure development and market dynamics. The first phone that many people in these markets have access to is a smartphone, which additionally has the capabilities of a supercomputer, and is used as a remote control for in their daily lives. The world has moved to a stage where people watch what they want, when they want and in emerging markets, people watch it in the palm of their hands—that is where we position iflix.

How do you deal with piracy issues?

Piracy is not a moral question in most emerging markets; it is rather a matter of convenience and availability. People don’t actively want to steal; they just want to watch the latest television shows and movies. The question is then, how do we meet those demands so they don’t have to resort to stealing. Looking at this dynamic, there are a few differences between movies and television shows to consider when looking at online piracy. Movies typically only have one single file, whereas television shows consists of multiple episodes and seasons. In short, pirating any television series can be very inconvenient and complicated from a consumer standpoint. iflix allows any user to download up to 10 episodes of any show directly to your mobile device and watch them whenever and wherever you want, on or offline. In addition, we work closely with local telco providers to integrate our services seamlessly with their mobile and broadband services. For example, with TM, Digi, and Maxis, customers receive iflix with their subscriptions.

Do you envision similar partnerships with telco operators in foreign markets as well?

The telecommunications landscape is going through an enormous shift with providers across the board prioritizing data and entertainment services to enrich their customer offering. It has become increasingly important to build this emotional connection between the brand and the client beyond just selling them sim cards. We currently work with a number of other providers in our operating markets under this premise, and we anticipate the continued growth of this trend, with deeper relationships between telcos and content providers in the foreseeable future.

What are your ambitions for the next two years?

We are expanding our global footprint. Within the next two years we aim to reach the next billion people with smartphone and provide them access to a legal, world-class entertainment service. Our challenge will be to educate people about the benefits and advantages of Internet TV in regions where piracy is the norm. This is a collective effort by us, our studio partners, telecommunications companies, and governments. The media landscape is no longer a locally controlled environment. Social platforms like YouTube, Twitter, and Facebook are now mainstream channels for political discussion, entertainment, and user-generated content. Governments around the world are trying to find a balance between the global community and local culture. As part of the equation, we need to continue to navigate that evolution and contribute to that discussion. Other than that, we are excited to announce that we will be launching our first production in the coming year.