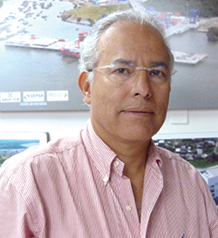 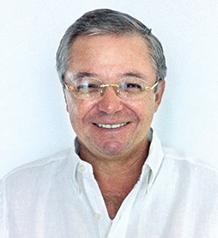 Share on:
Colombia's ports interface between the national economy and international markets, making their development an important component of growth.

What role do ports play in the regional economy, and how does the connectivity that you offer play into the national transportation network?

OSCAR ISAZA BENJUMEA I consider Antioquia to be the Colombian region with the highest development potential in the Agro Industrial Business, with one million hectares of lands. The region of El Valle de Cauca has 250,000ha. Another factor that makes Antioquia particularly interesting to me is the location of the harbor. In fact, it is the nearest port to Medellí­n and Bogotá, two mayor consumption nodes of the country. In this sense, there have been major developments in transport infrastructure. Relevant works have also been done in 4G, as well as Mar 1 and Mar2, Tollo’s tunnel and Las Americas Motorways (Pací­fico 1 and Pací­fico 2). Puerto Antioquia is a highly competitive harbor infrastructure for import and export activities in Colombia, especially for Medellí­n and Bogotá. For example, the banana sector delivers almost 75 million 20 kilo-boxes to Europe and the US. Today, all production reaches those markets through the port of Uraba (80%) and Altamar (20%). The port of Antioquia will be the next agro-industrial export hub thanks also to its proximity to 75 million ha. The region also has an airport with almost 25 daily flights. It is an advanced and modern structure. It’s a regional airport but it has all the necessary conditions to achieve our objectives.

JUAN PABLO CEPEDA On June 1st we started receiving trucks in order to check the systems for transferring liquid from trucks to tanks; shortly thereafter we received the first liquid vessel, marking the first official operation on the maritime side by the Pacific Group. We discharged 138,000 barrels into tanks, which allowed us to test our equipment. The rest of the product was taken directly to barges. Those were the very first official products that were received at the terminal. At this point, they are more oriented towards calibrating our equipment at the terminal. The first commercial operation will take place in the first weeks of July 2015, even though we have continued to receive trucks with products and are set to deliver products to the landside. The port is complex in the sense that it has many possible combinations beyond simply receiving by truck and delivering by vessel. We can receive or deliver by vessel, receive or deliver by truck, and you deliver by barge as well, which provides a wide spectrum of possibilities. And meanwhile, the multi board facility is almost ready too.

How do you envisage competition between the new harbor and the other main ports in Colombia’s Caribbean coasts playing out in the future?

OB Cartagena has advanced port infrastructure, with a high level of industrialization in the region of Mamonal. Nowadays, the port is very competitive as well as ports in Barranquilla and Santa Marta. In Uraba, there are very good conditions for the banana market. They still load up bananas in a traditional but very efficient way. They do not use cases, but rotating drums with refrigerating pallets. Recently, the use of cases has taken off from Uraba to Cartagena, which are then sent to Europe and the US. This requires a huge investment in logistics and transportation, of almost $80 million, but this is going to be the future of this industry. Currently, more than 80% of the total shipments are loaded into refrigerated vessels.

What aspects of the port operations have become more competitive due to the FTAs?

JC If you consider all operations in conjunction, on the liquid side, Puerto Bahí­a has considerable distinguishing offerings. Puerto Bahí­a financed a bridge connecting Cartagena with Baru in what was an investment of about $11.8 million. We were also involved in dredging the access channel to the Bay of Cartagena. This had a 15m draught eight months ago, which worked for Panamax-sized vessels. Yet in partnership with a private company and the government, we dredged it to 20.5m in an investment of $60 million.