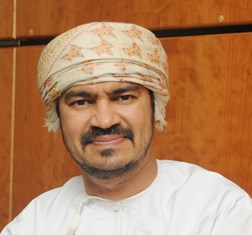 A construction engineer by training, Pankaj Khimji is a highly experienced businessman with extensive exposure to multi-variegated public and private responsibilities at the advisory level. A partner and director of Khimji Ramdas LLC, he is also Chairman of the Oman-India Joint Business Council, Vice Chairman of the Oman Singapore Joint Business Council, and a member of the Omani contingent for the ILO Annual Conference.

Share on:
How has Khimji Ramdas been able to capture growth in the shipping sector? Growth in this sector has been focused around Sohar Port, which has become the entry point into […]

How has Khimji Ramdas been able to capture growth in the shipping sector?

Growth in this sector has been focused around Sohar Port, which has become the entry point into Oman. Duqm is coming into its own, but it will take some time before it becomes a commercial port. At the moment, Duqm has received a great deal of bulk cargo related to Petroleum Development Oman (PDO), be it pipes, rigs, etc. It receives many vessels coming in for repairs or transformations at its dry docks. Sohar has also matured, chugging along fairly well and having become a decent hub for the steel and petrochemicals industries that have grown around it. When industries such as plastics and textiles come, the port will start to receive more shipping lines. Khimji Ramdas has also benefited from growth in Sohar by being involved in waste management. We are doing hazardous waste collection, and have recently signed an agreement with Sohar Port to collect sludge and waste from vessels and dispose it in an environmentally friendly manner. We are also becoming providers of environmental and waste management solutions to the port and hope others will follow the example of building local capacities to provide marine services at other ports.

What services does Khimji Ramdas provide in Duqm?

In Duqm, we do tug services through a PPP venture since the government has outsourced tug operations. When Duqm was being constructed, it needed tugboat services for dry-docking, product carriers, and oil tankers. We bid for those tenders and did a JV with Ocean Sparkle Limited, the largest operator in the region and present in more than 20 port cities in India. It has an impeccable record in providing marine services. We were successful in our JV bid and brought in our boats. We were initially only operating within the dry dock area, though the commercial Port of Duqm (PDC) has started contracting our boats.

Why are you interested in education, health, and community well-being?

The only unwritten rule at Khimji Ramdas is that we do not invest in education or healthcare for profit. Thus, since we wanted to support the community, we decided to engage with those areas through philanthropy, and have been doing so for many years in Oman. However, it was never institutionalized, formalized, or focused on in any way. Finally, we came up with the idea of creating a CSR arm that would do all the things we were still missing in terms of developing a strategy. Eshraqa is our CSR arm, but runs as a separate, independent organization. The easiest way to start was to invest in the areas of health and education. We took our profits from the business and invested into those sectors for non-profit use. The other area we focused on is community wellbeing. Health and education require the wellbeing of the community to start with. We started by empowering women; we run many schools in Oman and India, and when educating women, children naturally become more educated. We give women the power to make their own decisions and become business owners, helping the next generation in turn.

What role does entrepreneurship development play in Eshraqa’s strategy?

Being an entrepreneur in Oman is nothing new; it was simply forgotten for a while. This is why we seek to inject entrepreneurship into the system from an early stage, lest we miss out on grooming potential employers and depend only on the government. We need children to understand entrepreneurship, become successful, and employ non-entrepreneurs. Being a 150-year-old company, we think long term by considering what the next generation will need. We want to take our skills and knowledge as a company and put them into play. Under our wing, we took a professional training institute to help the Ministry of Manpower train Omanis to get employed and create the Eshraqa Entrepreneurship Academy.