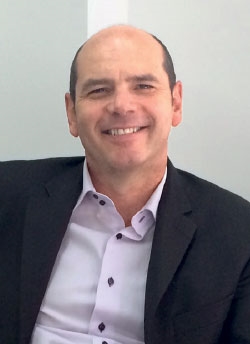 Carlos Alberto Florez González is a business manager, and holds an MBA in Finance and a degree in Financial Law. He acquired vast industry experience through the Boston Scientific Corporation, where he worked as marketing director for Mexico, finance director for Latin America, general manger in Colombia, among numerous other positions. He also held the position of Financial Manager of BASF Quimica in Colombia, before joining Medtronic in 2007 as general manager of the Andina region. He was promoted to his current position in May 2013.

Share on:
What is the significance of Mexico for your company? Mexico is one of the countries with the highest potential among the emerging markets. It offers huge potential due to its […]

What is the significance of Mexico for your company?

Mexico is one of the countries with the highest potential among the emerging markets. It offers huge potential due to its population of 120 million. In terms of medical and health coverage, specifically from the public sector, 97% of the population today has some form of medical coverage. The other 3% has private health insurance, adding up to 100% coverage of the population. One of Medtronic’s global objectives is access: how can more patients access the technology and different products and therapies that Medtronic manufactures; Mexico is well positioned to achieve this objective.

Why did you select Mexico?

Latin America is a region of general interest. This is no surprise when you consider that mature markets are not growing at the same rate. Some of the largest opportunities appear to be in the emerging markets. In Latin America the two biggest countries by far are Brazil and Mexico. They offer a stable economic and political situation. And in the case of Mexico, all government reforms point to a bright future for the country, while investments are coming. Based on this, Medtronic is prepared to continue investing in its local manufacturing facilities. We have facilities in Tijuana and Empalme and currently employ over 3,700 people in the country. We intend to continue growing and are trying to partner with the government for further investments.

What are your investment plans for the country?

We have two different approaches to the Mexican market. One is the manufacturing facility and the commercial area, where we are selling the product to the public and private hospitals that Medtronic works with. We are also making some investments in terms of technical infrastructure that public hospitals require.

What are some of the initiatives that you are investing in to address cardiac problems?

Cardiovascular treatment is one of our focus areas. We also have another business focused on managing diabetes. We are the world leader in insulin pump therapy, and this is one of the areas where Mexico is the target. There are millions of people in Mexico suffering from diabetes. The rate at which this disease is presenting itself exceeds many other countries. There are other areas that we are focusing on like spinal injuries, orthopedics, and neurosurgery; we have 11 business units that cover these. That being said, the cardiovascular area remains the most important and largest segment for us.

What is the outlook and strategy for your company?

We continue to pursue three main strategies. The first is to make the company much more global. This is why we are investing in different countries rather than only in the leading markets. Latin America, Asia Pacific, China, the Middle East, and South Africa are the main areas of focus for the company. Second, Medtronic continues to work toward generating economic value. We are working together with governments creating therapies, products, and environments where the government can make a much more efficient health investment. The government has already registered progress in this, and is trying to centralize all medical supplies for the Mexican Social Security Institute (IMSS), the Armed Forces, and the public sector in general, having invested around $5 billion or $6 billion toward this. We are working to build a cost-effective model for our therapies. If they use this therapy we can prove categorically that we are creating an effective scenario for the population. We have posted compound growth of 32% in Colombia and 27% in Mexico over the past five years. This year our target is also above 20%, which while challenging, is completely achievable.