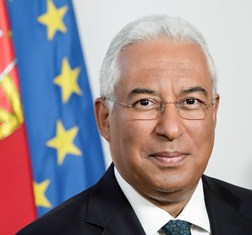 You’ve Got a Friend

The oldest diplomatic alliance in the world, Portugal and the UK continue to nurture their strong ties in the pursuit of common opportunities.

Share on:
The oldest diplomatic alliance in the world, Portugal and the UK continue to nurture their strong ties in the pursuit of common opportunities.

It has become somewhat of a cliché, but a necessary one, to recall the Treaty of Windsor of 1386, which makes the Portugal-UK relationship thelongest-standing diplomatic alliance in existence between two countries in the world. More importantly, the relationship is still strong and vibrant. The ties between our countries are deeply rooted in culture and anchored in the vivid and growing communities of Portuguese here in the UK and British expats in Portugal.

As we prepare for Brexit, I want to recognize the invaluable contributions both communities provide to their country of residence. Both must be respected. Those who moved on the premise of freedom of movement should not be uprooted by Brexit. We must turn Brexit into an opportunity for both our countries to deepen our special relationship both politically and economically.
The important thing now is to minimize the negative consequences of Brexit and develop a relationship as close as possible with the UK. The European project is one of peace and progress, but also of opportunity. And it will continue to be. British businesses will continue to cross the Channel in search of profit, as will our own. Portugal has for centuries been a preferred destination of the British on the Old Continent. The UK is our largest source of tourists, our fourth-largest export market, and our fourth-largest source of FDI. That preference continues to this day. British investment in Portugal grew at a faster pace than EU investment in Portugal over the past two years. And over the last year, it multiplied by five. In the wake of Brexit, many companies have chosen Portugal to be their second home in Europe.

These are the dividends of a special relationship nurtured over centuries, and they pay both ways. Today the opportunities for investing in Portugal are even greater because we are committed to the European project and are a living symbol of recovery from economic, financial, and social crises. Portugal is growing faster than Europe. Employment and investment growth are double the average of the EU and unemployment is falling faster than in any other eurozone country.

GDP grew by 2.7% in 2017. This growth allowed for a 0.9% public deficit, the lowest in our democratic history. Primary surplus was 3% and public debt fell more than 4 percentage points of GDP. We have left the excessive deficits procedure, and our sovereign debt is no longer junk-rated. Our current account balance is in surplus. Stabilizing the financial sector was a key priority for this government. Today, confidence and resilience are back to the financial sector and country.

In innovation, we are going above and beyond. Through December 2017, we approved support for almost 3,000 collaborative innovation projects worth almost EUR600 million. Recently, we launched six collaborative labs that bring together businesses and researchers to set priorities for the research agenda. We also issued new funding for sector-level technological centers, which have been the driving force behind innovation and entrepreneurship in traditional sectors.

In Portugal, you will always find a friend of Britain and British businesses, not to mention a safe harbor and fertile ground for your investment. Indeed, to British businesses I say—by opening in Portugal you can have a two-in-one; Brexit in the UK and Remain in the EU by investing in Portugal. Just as history proved before there even was an EU, and just as we will prove together after Brexit, Britain and Portugal can grow together.