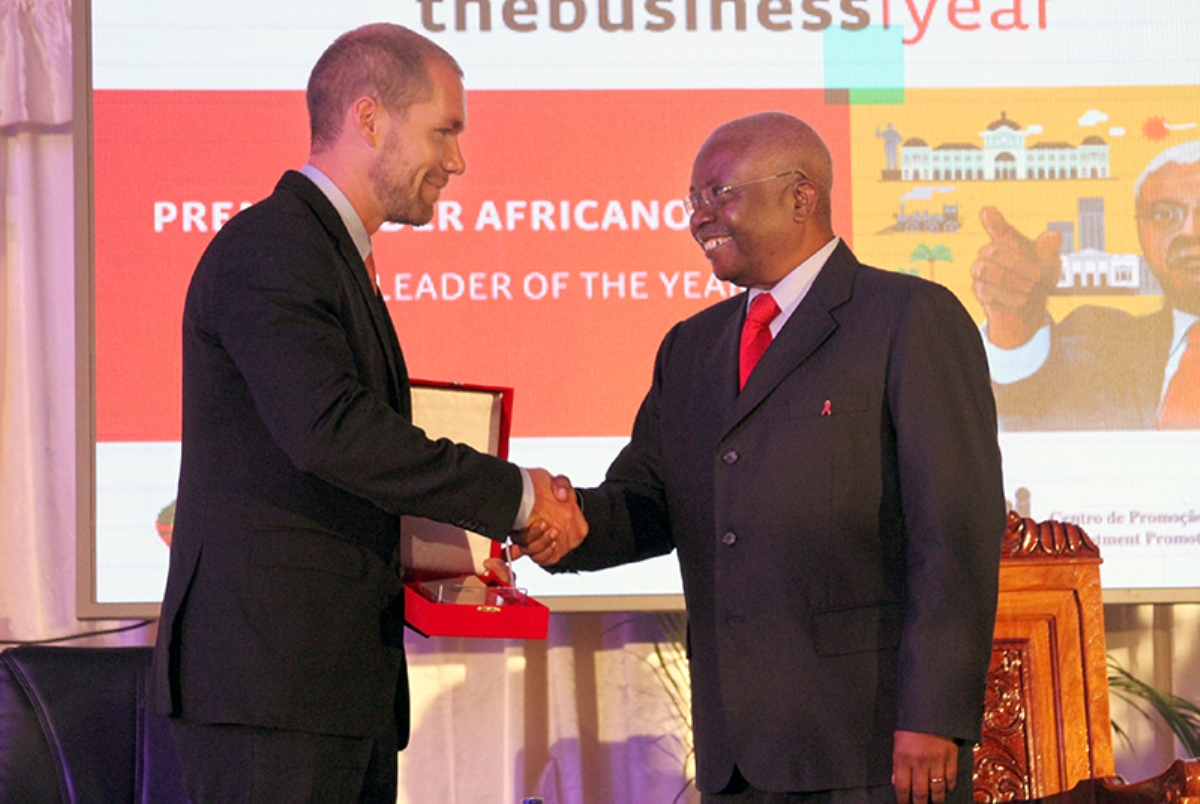 President Guebuza is African Leader of the Year

Maputo, July 9, 2014—Leading international business and consultancy firm The Business Year (TBY) named Armando Emílio Guebuza, President of the Republic of Mozambique, its 2013 African Leader of the Year at a ceremony held at the Joaquin Chissano International Conference Center in Maputo on June 28, 2014.

The event featured speeches by President Guebuza; Aiuba Cuereneia, Minister of Planning and Development of Mozambique; Lourenço Sambo, Director General of the Investment Promotion Centre of Mozambique (CPI); and Leland Rice, Managing Editor of TBY. The event was enlivened by several performances by notable Mozambican musicians. The distinction recognized the contribution of President Guebuza to the growth of the Mozambican economy in the last 10 years, coinciding with his term as President.

Leland Rice noted the importance of this distinction: “The international investor community is finally awake to the vast potential of this continent. It is clear that the global economy needs Africa. And Africa, to live up to its vast potential, needs gifted leaders.” Regarding the selection of Armando Guebuza as Africa Leader of the Year, he noted that Mozambique achieved 8% GDP growth per annum during President Guebuza’s tenure and that the President spearheaded an unprecedented expansion of physical as well as social infrastructure in the country.

The occasion also marked the launch of The Business Year’s second annual publication dedicated Mozambique, produced in partnership with CPI. The 2014 edition includes consists of around 150 interviews with top executives and government officials, including President Guebuza, Minister Cuereneia, Governor of the Central Bank Ernesto Gove, Anadarko Country Manager John Peffer, Minister of Trade and Industry Armando Inroga, Minister of Science and Technology Luis Pelembe, Vale Director for Africa, Asia and Australia Ricardo Saad, and others. TBYs research also includes industry-specific articles that pinpoint the specific elements that will shape Mozambique in the near future

In his acceptance address, President Guebuza said: “We know the importance of promoting our wealth of potential and opportunities within our homeland and abroad‚Ä¶ In this context, [The Business Year] presents us with a second edition about Mozambique that highlights the economic milestones of the last year in terms of investments. Their research is supported not only by data and illustrations but also by the testimony of the people who are already investing in Mozambique. For this reason, we welcome this partnership, and we are counting on them to provide up-to-date and reliable economic information to the international business community.”